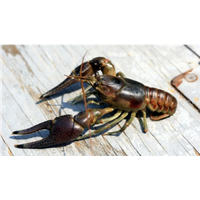 By: Kelli Saunders, M.Sc., International Watershed Coordinator with the Lake of the Woods Water Sustainability Foundation

The last few articles have focused on nutrients and algal blooms, given that they are of concern on Lake of the Woods and other lakes in the watershed.  But, as noted in previous articles, there are other environmental issues we should all be aware of – some are more concentrated in upstream areas, some are more widespread.  I will touch briefly on each.

Contaminants are generally less of a concern here than in other more populated areas, like the Great Lakes. Nevertheless, they can enter the surface and groundwater from what are called “point source discharges” like wastewater treatment plants, stormwater drains, industrial outfalls and more diffuse, “non-point sources” like runoff from agricultural fields or septic systems. The point source discharges are controlled through regulations, but diffuse sources are harder to monitor and manage.

Upstream of us, there is some evidence of effects on the environment as a result of historic mining. The former Steep Rock Mine, operated near Atikokan from 1944 to 1979, released dredged and stored suspended sediments to the Seine River in 1951 and the site continues to be managed today as water levels in the pits rise. On the U.S. side, in the headwaters, effects from leaching metals from sulfide waste rock stockpiles remain from historic mining.

Mercury is a contaminant of concern here – it is naturally occurring in rocks and soil, but the contribution from these sources is negligible compared to atmospheric sources with origins relating to human activity, many of which are global in nature.  Mercury will bioaccumulate in fish and the concentrations we are seeing have resulted in fish consumption advisories in Ontario and Minnesota.

Based on research done to date, there doesn’t seem to be any indication that the watershed is impacted by contaminants other than mercury; however, very little is known about the prevalence of emerging contaminants of concerns like those associated with pharmaceuticals in wastewater, for example.

While erosion on the northern portions of Lake of the Woods is not an issue, it certainly is on the sandy southern shore and some of the tributaries to the Rainy River.  Analysis of aerial photos from 1940 to 2003 showed rapid erosion of several undeveloped wetland areas at the south end of Lake of the Woods; this, together with eroding tributary banks, can increase the loading of nutrient-rich sediments eventually reaching Lake of the Woods.

Invasive species have arrived, with more likely to come in the future given the attractiveness of this watershed for tourism and its proximity to other areas with invasives, like the Mississippi watershed.  At present, hybrid cattail, flowering rush, spiny waterflea, rusty crayfish, papershell crayfish, clearwater crayfish, zebra mussels (in the far headwaters of the basin in Minnesota) and rainbow smelt have been identified so far.  These species all have the potential to disrupt biological communities and it takes a concerted effort of all who use and manage the waterways to reduce the possibilities of introducing additional invasives.

It’s time to tell the good news about all the effort that is going into understanding and managing the issues in the watershed – who is doing what?  Read next week’s article to find out!