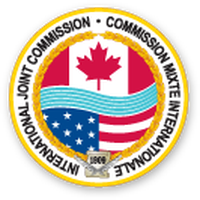 The International Joint Commission (IJC) is pleased to announce that it has signed a supplementary order for Rainy and Namakan lakes that will result in broad ecological benefits while assisting in reducing flood peaks.  It includes an alternative rule curve for Rainy Lake for high flood risk years that will help to reduce flood peaks, further operational guidance for the Water Levels Committee (WLC), continued and improved engagement with Métis, Tribes and First Nations and exploration of adaptive management.

"The modified rule curves will help to ensure that the boundary waters of the Rainy River basin are well managed for years to come," said Canadian Commissioner Richard Morgan

As well the supplementary order gives the WLC, which monitors water levels operations, an expanded role, which includes determining high flood-risk years for Rainy Lake, requesting deviations from the Namakan Lake rule curve under certain circumstances, and targeting levels outside of the middle portion of the rule curves for each lake.

Formally known as the 2018 Supplementary Order of Approval in the Matter of Emergency Regulation of the Level of Rainy Lake and of other Boundary Waters, the supplementary order includes new rule curves (2018 rule curves) for regulating the levels of Rainy and Namakan lakes and other changes to the order issued by the IJC in 2000.

The proposed changes result from an August 2015-June 2017 binational study, extensive public consultation and deliberation by the IJC. The binational study board, The International Rainy and Namakan Lakes Rule Curves Study Board, held more than 45 public and advisory group meetings within the basin before submitting its final report to the IJC. The IJC used the report to formulate the new supplementary order and other changes, and held four public hearings in the basin in August 2017 before finalizing the supplementary order. Public comment and the IJC’s responses were summarized in a letter report to governments.

"The level of public participation in the review of this order was outstanding", said US Commissioner Rich Moy, "and there will be greater opportunity for public engagement with the Water Levels Committee."

The IJC has instructed the International Rainy-Lake of the Woods Watershed Board (Board) and the WLC to take actions needed to implement the new rule curves in August of 2018. It is also working with the board to finalize documents, including a new supplementary directive to the Water Levels Committee, operations guidelines and recommendations for adaptive management, as well as identifying resource and data source needs to support inflow forecasting.

In the event that the WLC anticipates high inflows to the system this spring, before the new curves are implemented, while considering impacts and tradeoffs, the WLC can ask the IJC for a deviation to follow the 2018 flood reduction curve for Rainy Lake or ask for a deviation for Namakan Lake.

Under the 1938 Rainy Lake Convention, the IJC has responsibilities to regulate water levels and avoid extreme conditions on both Rainy Lake and the Namakan Chain of Lakes, which are boundary waters located in Northern Minnesota and Northwestern Ontario.  Since 1949 the IJC has employed rule curves, a type of water level regulation procedure, to regulate water levels in these lake systems.  The Board and the WLC are responsible for ensuring these the established rule curves are followed by the dam operators, as far as natural conditions allow. These rule curves have been periodically reviewed by the IJC to ensure current science and stakeholder benefits are being properly considered.

The International Joint Commission was established under the Boundary Waters Treaty of 1909 to help the United States and Canada prevent and resolve disputes over the use of the waters the two countries share. It was given additional responsibilities under the 1938 Rainy Lake Convention. For more information, visit the Commission's website at www.ijc.org.